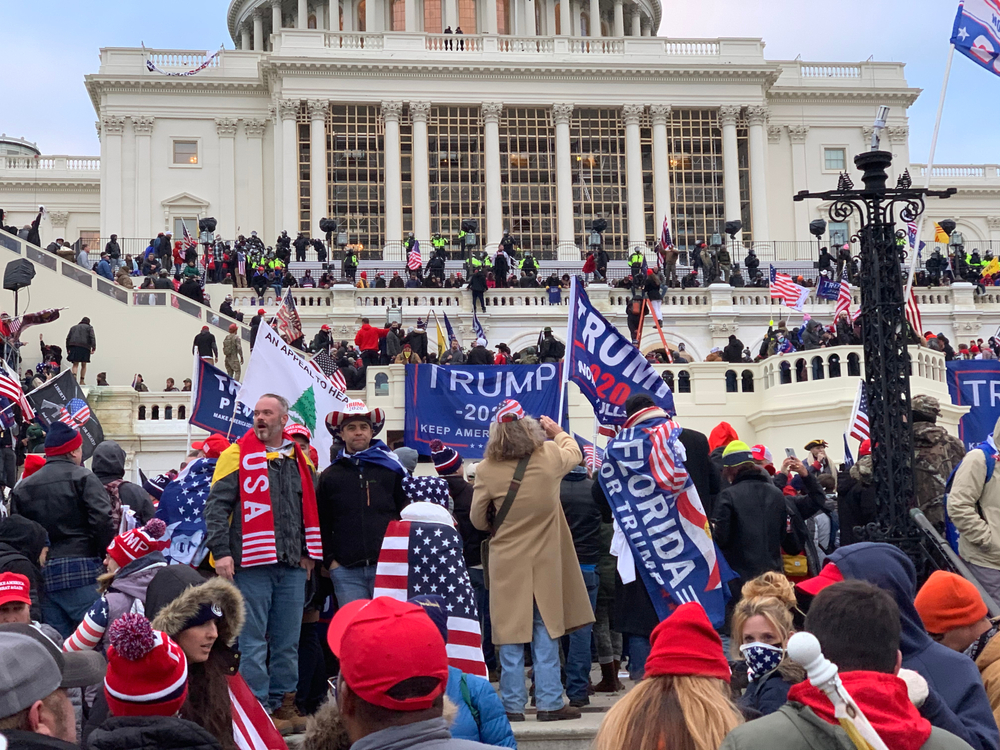 Ever since Donald Trump’s ship had begun to sink, we’ve witnessed more and more Republicans drifting away from his side. However, a few of them are still supporting the former President even now when he’s facing his second impeachment trial.

One of them is Rep. Marjorie Taylor Greene.

Aside from being one of the most controversial political figures at the moment, Greene is even considered to be the embodiment of most Republicans’ dilemma now that the Trump era is over: what should they do to restore their image? How should they deal with members of their own party who are still supporting one of the most unwanted figures in recent history?

Before we get into details regarding her alleged threats to certain Democrats, let’s find out who she really is.

Who is Marjorie Taylor Greene?

If we do a quick Google search for Greene’s name, Wikipedia will tell us that she is, quote, an ‘American politician, businesswoman and conspiracy theorist.’

That last description is definitely not something you’d want to be associated with you – especially since you’re the U.S. representative for Georgia’s 14th congressional district.

Although she has been a member of Congress only since November 2020, Greene is by far more popular than many of her colleagues. Some of her most impressive traits, if we may call them that way, oddly resemble her political idol Donald Trump: exaggerating, lying and coming up with extreme theories that instigate to violence and more.

One time, Rep. Greene pointed out that Hillary Clinton was deeply involved in a child molestation and mutilation ring. In a different statement, she claimed that many high-profile school shootings were staged to cover up for the missing children.

Those who had been following her on social media noticed that she liked multiple comments from extremists wishing for the murder of some Democratic politicians.

During a statement, she has even gone as far as claiming that people of color are ‘held slaves to the Democratic Party,’ while white males are the most repressed group in our country.

All these statements and theories are chilling to say the least considering the political power and popularity Greene is holding right now. One of her most recent attacks involves Democrat Cori Bush, who had recently tweeted about her being ‘berated’ in a hallway by Rep. Greene herself.

A maskless Marjorie Taylor Greene & her staff berated me in a hallway. She targeted me & others on social media.

I’m moving my office away from hers for my team’s safety.

I’ve called for the expulsion of members who incited the insurrection from Day 1. Bring H.Res 25 to a vote.

Reportedly, Greene has approached Ms. Bush without wearing a mask, as well as targeting her and some of her colleagues on social media. She has expressed her intent of moving her office further away from Greene’s for her ‘team’s safety.’

So is this woman truly as frightening as she appears to be? Her response to Ms. Bush’s tweet may just confirm it. Here’s the reply:

Rep. @CoriBush is the leader of the St. Louis Black Lives Matter terrorist mob who trespassed into a gated neighborhood to threaten the lives of the McCloskey’s.

She is lying to you. She berated me.

Maybe Rep. Bush didn’t realize I was live on video, but I have the receipts. https://t.co/CJjnI3ZTjC pic.twitter.com/ZMLGOGjxKw

Greene’s version of the encounter is that Cori Bush was actually the one who berated her. She further accused Bush of being the leader of the St. Louis Black Lives Matter movement, which she referred to as a ‘terrorist mob.’

And while other politicians are literally forced to move their offices away from Greene out of fear, the Republican has more important things to do: praising Donald Trump.

A ‘great’ conversation with Trump

Last Saturday, Rep. Marjorie Taylor Green declared that she had recently had a phone conversation with former president Donald Trump; she mentioned that she will ‘never apologize’ for anything she’s said and done.

Apparently, Greene enjoys using Twitter to express her controversial remarks just as much as Trump did before Twitter officials closed down his account permanently. Shortly after the phone call, she tweeted that she was ‘so grateful’ for Trump’s support; she later added that Trump’s supporters are so loyal to him because he is also 100% loyal to the people.

I had a GREAT call with my all time favorite POTUS, President Trump!

These remarks are definitely not helping the Republican party as it’s trying to establish the best direction to approach the former President’s involvement in inciting the deadly Capitol Hill riot.

GOP Senator Mitt Romney, who is now renowned for his criticism towards Trump, was quick to react to Greene’s tweet with a message of his own posted on the social media platform:

Lies of a feather flock together: Marjorie Taylor Greene’s nonsense and the “big lie” of a stolen election. https://t.co/ID4QL2ZPEV

‘Lies of a feather flock together’ was the main takeaway of the Senator’s message – and probably many of his colleagues in the political world couldn’t agree more.

Lawmakers and activists are calling for the removal of the freshman representative from the House Education Committee, a position many are astounded she was appointed to in the first place, and calling for her immediate removal from Congress due to her troubling rhetoric.

While Greene’s political future is uncertain, she seems to be pushing the boundary on a daily basis using strange conspiracy theories and encouraging extreme initiatives, including the way she somehow justifies the Capitol Hill riot from January 6th.

Only time will tell, but more and more videos are resurfacing of her espousing even more bizarre theories and endorsing violence against other Democratic colleagues.

PrevPreviousEverything You Should Know About Biden’s $1.9 Trillion Rescue Plan
Next5 Important Lessons We’ve Learned About Donald Trump in 5 YearsNext