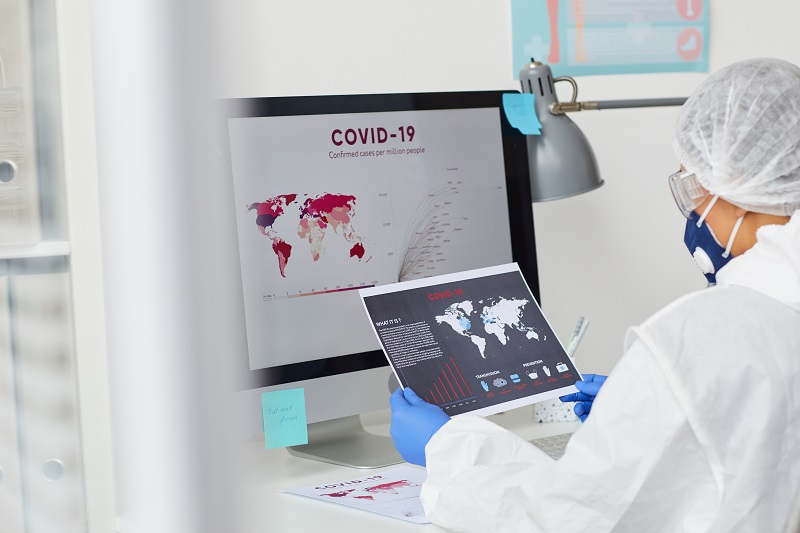 Rebekah Jones was in her Florida home with her husband and two children when it happened.

A few sudden knocks at her front door and policemen wearing black breaking into the hallway before she could say anything.

It was a raid.

Rebekah Jones is shouting ‘He just pointed a gun at my children’ as one of the policemen gets her out of the house. These chilling images were captured by a camera placed in her home; it didn’t take long until the video, published on Twitter by Jones herself, became viral.

How did a COVID-19 scientist become the victim of a state police raid that shocked her family? What did she do to deserve such a treatment long after being fired from running Florida’s COVID-19 database?

In a real story worthy of becoming a movie, we’ll get an insight on our government and one theory which might prove we’ve been lied to all along.

But firstly, watch the video here:

Who is Rebekah Jones?

That’s how our story begins. Rebekah Jones had begun her career as a geospatial analyst for the Department of Health, then went on to work as a Geographic Information System (GIS) manager since 2018.

Since the COVID-19 pandemic started, she started working as the architect and manager of the COVID-19 dashboard for Florida. In simple terms, this meant managing and publishing new data on the pandemic situation in Florida on the U.S. Coronavirus official website.

Reportedly, the recent police raid isn’t her first encounter with law enforcement. According to the USA Today, Jones has been involved in multiple Florida cases until now, one of which involves a robbery; however, the case was dropped from lack of evidence.

We might compare that case to what is happening now, since US officials are accusing her of cyberstalking stemming from a seemingly acrimonious breakup.

The confusing reason of Jones’ dismissal

Back in May, Rebekah Jones was fired from her job as a leading manager at the Florida Department of Health, COVID-19 division.

But why did this happen?

Jones’ version of the story tells that she was fired because she refused to ‘manually change data to drum up support for the plan to reopen.’ More precisely, she claims that COVID-19 case numbers showed Florida wasn’t ready to reopen; when government officials asked her to manipulate the data to make the reopen possible, she refused, at which point she got fired.

In a strange coincidence, Jones was fired the very same day that Governor Ron DeSantis ordered the opening up of the state (after a period of lockdown measures). Later, his decision was to be blamed for a tragic surge in COVID-19 cases.

According to her, Governor Ron DeSantis is one of the main characters involved in this act of indignity.

In his version of the story, Gov. DeSantis described Jones as a criminal and a disruptive employee. Back in May, he was the one to question her credentials and now claims that she’s being ‘charged with cyberstalking and cyber sexual harassment.’

Up until now, DeSantis’ pandemic management has been oddly similar to that of Donald Trump’s. For the past few months, he has been praising himself for the apparent successful strategy to fight the virus even though every statistic proves the exact opposite. According to the state’s own official data, Florida has had 1,065,785 COVID-19 infections – the third highest number nationwide after Texas and California. 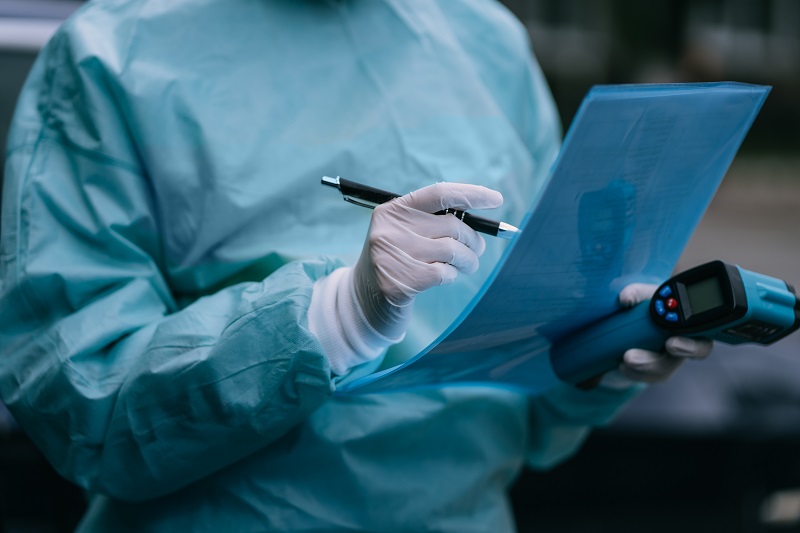 A scientist ready to keep on fighting

Even though she was fired, Rebekah Jones continued to fight for her cause. She started monitoring COVID-19 cases in Florida from home using her own tools; her in-depth reports even gave her a few news headlines as a coronavirus expert scientist.

Her work in creating an independent COVID-19 dashboard was so thorough that the giant Google offered their support. Recently, she has even entered the Fortune’s 40 under 40 yearly list. Here’s what Forbes said about her:

“Jones began thinking about building a national database, and in August, she solidified a partnership with Google and nonprofit FinMango. With Google’s cloud computing and data capabilities and FinMango to help manage the project, Jones is now building a data set for every school district in the U.S., including opening dates, restrictions, and number of cases in each district.” – Forbes

As I was saying at the beginning of this post, on December 8th, a police raid took place at Jones’ home while she, her husband and their two children were inside. The police confiscated technology such as her computer and the smartphone used to track and record COVID-19 data.

The Florida department of law enforcement confirmed the event and based their actions on a search warrant. However, Jones said the judge who has signed the search warrant has been sworn in for less than one month and that he was also appointed by Gov. DeSantis. Here’s the tweet:

The judge who signed the search order of my house was appointed by Governor Desantis and sworn in less than a month before he signed that warrant. In civil court. He’s not even a criminal court judge. It was one of his first actions as judge.

According to the law enforcement department, the raid was motivated by a recent computer hack of the health department website. Tampa Bay Times reports that an unauthorized message had been sent saying:

“Speak up before another 17,000 people are dead. You know this is wrong. Be a hero. Speak out before it’s too late.”

In a recent statement for the CNN, Jones denied being the author of the unauthorized message. She explained that she hasn’t had access to state computer systems for six months, adding that she is not a ‘hacker.’

However, she does believe the root of the incident is the government officials’ desire to eliminate any incriminatory data.

And there was plenty of incriminatory data, she says.

Jones told CNN on Monday that her smartphone had every communication with state workers who reportedly told her things that ‘could get them fired.’ Lastly, she advised Governor DeSantis to focus more on managing the pandemic than trying to stop her from putting out real, useful COVID-19 data.

Right now, all eyes are on a scientist whose public view persona is divided between being a an unhinged cyber stalker aiming to attack the state’s official data and or an ambitious unsung hero seeking justice while refusing to be put to silence silenced.

What do you think about this situation? Who is Rebekah Jones really? Share your thoughts and theories in the comment section and let’s chat.