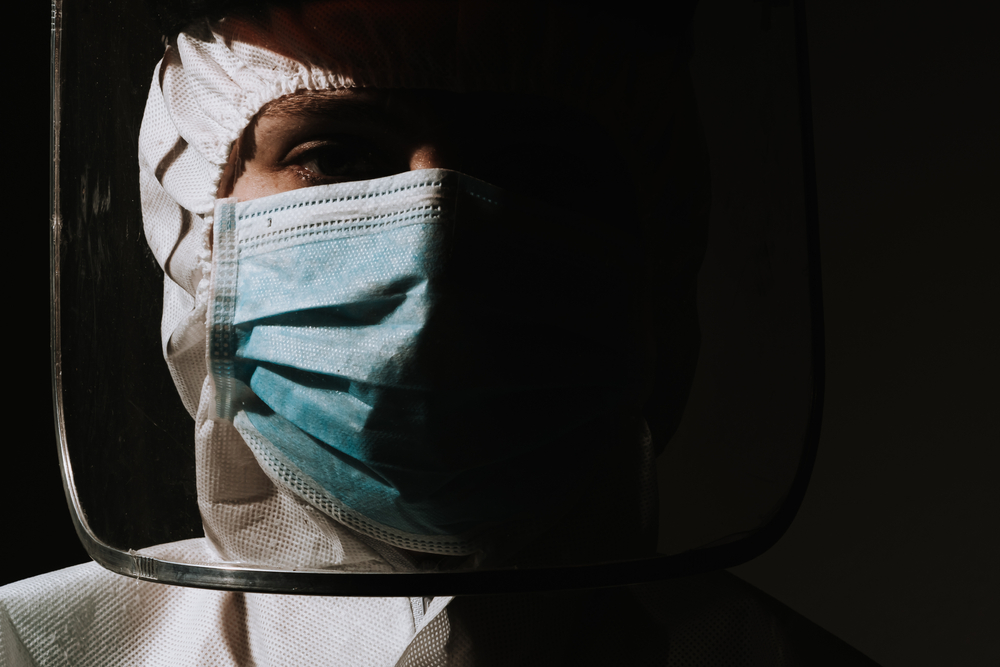 Anthony Fauci is a name you may not have heard too many times before the coronavirus pandemic. However, 2020 has definitely turned him into one of the most followed healthcare specialists worldwide.

Dr. Anthony Fauci has been a leading immunologist for more than 40 years. He was there during the HIV/AIDS, Ebola and Zika outbreaks and he has helped our country regain control over each of these serious, life-threatening conditions.

He has been the Director of the National Institute of Allergy and Infectious Diseases since 1984 and has been awarded the Presidential Medal of Freedom by George Bush – the highest civilian award in our country.

In 2020, Donald Trump shut his mouth on live television.

The end of an excruciating era

Back in 2017, Anthony Fauci has warned that the Trump presidency would face a ‘surprise infectious disease outbreak’ during an event organized by the Center for Global Health Science and Security. At the time, few people actually thought it would happen, so we might say it’s not so much to blame that the Trump administration was completely unprepared for COVID-19.

When the virus did appear and entered the U.S. after it had wrecked havoc in Wuhan, China, Dr. Fauci knew it was imperious to take action. Once again, Trump didn’t bat an eye, claiming that everything is under control.

In fact, even when our country was losing more than 1,000 lives every single day due to the SARS-CoV-2 virus, Donald Trump still shamelessly claimed that the situation is ‘under control’ and that ‘no one has done more for Americans’ than he has, as shown in the interview below:

Dr. Fauci maintained his duty of warning the President that he should further add safety restrictions including lockdowns and mask-wearing. Not only did the Trump administration refuse to take action and acknowledge the severity of the situation, but the team has even denied top experts’ rights to speak up (Dr. Fauci included).

Just watch this incredible moment of Trump promoting a drug considered completely unsafe by health specialists. Then, when journalists ask Dr. Fauci about his medical opinion, Donald Trump quite literally cuts him off:

The former U.S. president has even gone so far as to claim Anthony Fauci’s advice to delay the schools reopening was ‘not an acceptable answer.’

Joe Biden has been reportedly begging Dr. Fauci to return to the White House as the top health expert for a couple of months before he agreed. His reluctance was most likely due to having such a difficult year under the Trump administration as his advice had not only been completely ignored but in some cases, entirely contradicted.

Now, the Biden administration is teaming up with Fauci and a brand new coronavirus task force of 13 public health experts to create the best plan of action for reducing COVID-19 infection rates. The situation is even more challenging since, despite their claims to the contrary, there has never been such a plan developed by the previous administration – for the pandemic nor for vaccinations.

On his first press conference since Joe Biden’s inaugural, Anthony Fauci has received many important questions – and this time we were able to hear his voice.

The specialist seemed more than pleased to announce his future plans of managing the pandemic, such as being ‘completely transparent, open and honest’ about the current situation. He appeared to take a swipe at the Trump admin by commenting “One of the new things in this administration is if you don’t know the answer, don’t guess, just say you don’t know the answer”.

Although he didn’t mention Donald Trump’s name once, Dr. Fauci made a few remarks aimed at the former administration, one that cared too little about scientific facts:

‘I can tell you, I take no pleasure at all in being in a situation of contradicting the president, so it was really something that you didn’t feel that you could actually say something and there wouldn’t be any repercussions about it. The idea that you can get up here and talk about what you know, what the evidence, what the science is, and know that’s it — let the science speak. It is somewhat of a liberating feeling.’

In another heartbreaking remark, Dr. Fauci said that he has always said everything he knows and ‘that’s why I got into trouble sometimes.’

The simple thought of one of the top immunologists in the world ‘getting into trouble’ for trying to save people’s lives is chilling.

You can watch the full recording right here:

Now, Anthony Fauci seems to have regained his faith in the political system and is ready to help our country regain its health. Unfortunately, though, this is a huge challenge following almost one year of chaos. As I’m writing this post, the U.S. is still the leading country in infections rate and specialists estimate that we might lose another 20,000 lives before things get better.

Joe Biden inherited a country with a nonexistent vaccination plan, which is yet another major problem as states have been arguing about who they should vaccinate next and when new doses will arrive. One of the boldest plants of the new administration is to give 100,000 vaccinations in 100 days or by the end of April.

PrevPreviousExplaining the Muslim Ban: The Controversy Behind Trump’s Decisions
NextEverything You Should Know About Biden’s $1.9 Trillion Rescue PlanNext