When she graduated from Penn State Milton S. Hershey Medical Center with a Doctor of Medicine in 1980, the future looked set for Deborah Birx. She would go on to have a three decade association with the US Army, achieving the rank of Colonel, work as a physician at the Walter Reed Army Medical Center, complete two fellowships in clinical immunology and become instrumental in the fight against HIV/AIDS.

Little did she know, that once she ascended the mountain face of her career to reach its pinnacle, she would be met with a sheer drop on the other side as her career seemingly plummeted into a credibility chasm the second she accepted then Vice President’s appointment to the position of White House Coronavirus Response Coordinator.

Although she reported directly to Pence on the White House Coronavirus Task Force, her very public interactions (or lack thereof) with Pence’s boss would leave her future teetering on the brink.

This wasn’t the first time the doctor had taken the temperature of politics. She was nominated by President Barack Obama and subsequently confirmed by the Senate to be the Ambassador-at-Large and U.S. Global AIDS Coordinator as part of the President’s Emergency Plan for AIDS Relief (PEPFAR) program in 2014.

Her work was largely focused on HIV/AIDS immunology, vaccine research, and global health issues around HIV/AIDS and she garnered much praise.

However, by February 2020, she would get her first real taste of outside ire when the State Department’s Office of the Inspector General would conduct an audit of the PEPFAR management. They would conclude that the leadership of the program, Brix among others, were “dictatorial” and “autocratic.” Regardless of the controversy, later that same month she would take a position that would forever define her career.

Brix would later claim that she only took the job out of a sense of obligation, as “that’s what a civil servant is supposed to do,” and would go on to explain herself more in a recent CNN interview, but this might not be enough to repair her considerably damaged reputation.

Much like with the last administration’s COVID response, it’s a bit of too little, too late, as people are widely criticizing her for her failure to speak out against some of the former President’s most outlandish proclamations and claims.

And while it is true that she did stand by (sometimes with head in hands) while Mr Trump made statements that were at best ill judged and at worst, posed an outright danger to the wider public, many are still quick to come to her defense.

One of the first pillars of that defense is working on the assumption that such an educated woman couldn’t possibly know what a toxic, distorted and anti-scientific administration she would be joining. However, that is somewhat of a hard pill to swallow as the former President wears his intentions like a badge.

It has also been argued that Dr. Brix would have found it hard to publicly criticize her boss as, unlike her colleague Dr. Fauci whose position at the National Institutes of Health afforded him a degree of political autonomy, Brix’s position was directly tied to the Trump administration.

However, despite her protestations of the ‘do more good from inside’ philosophy, when you sign a deal with the Devil, don’t be surprised if you find yourself getting burned.

Many have leveled their fingers at the Trump administration’s downplaying of the virus, its false narratives and claims, and its astronomically bad handling of the pandemic as a whole, topped off by botching the vaccine program.

Many have pointed out it would be difficult for most professionals to maneuver through this minefield of madness and malaise, which is undoubtedly true,. However, Dr Brix’s actions, or lack thereof, have not exactly covered her in glory.

Although she had been appointed to the position of White House Coronavirus Response Coordinator in late February 2020, it wouldn’t be until the late summer before Brix actually put her boots on the ground and began meeting with and guiding public health officials. Much like with her admitting she shouldn’t have let Trump’s lies go unchecked, it again comes a little too late.

Speaking to CNN’s Dr Sanjay Gupta, she would reveal what she believed to be the extent of the failures of the Trump administration’s handling of the pandemic by stating, “There were about a hundred thousand deaths that came from that original surge.

All of the rest of them, in my mind, could have been mitigated or decreased substantially,” This would still make viewers ask themselves ‘then why didn’t you step up sooner?’

As much as Dr Brix wants to portray herself as someone who had their “science-based guidance” censored and was also “being deliberately blocked from appearing on national media outlets for a time,” the fact that as late as December 2020, it was revealed that she had hosted three generations of her family from two households during Thanksgiving, despite publicly urging Americans to stay just within their immediate households, speaks volumes.

When her term ended on January 20, 2021, she was quick to tell the press how often she thought of quitting while in the position. Now, seemingly on a damage control exercise, Brix looks to rebuild her shattered reputation in the hopes that she can, like her colleague Dr. Anthony Fauci, claw back some sort of credibility.

Dr Brix might continue in the belief that hope springs eternal, however, it is likely that her career will continue to cascade down the jagged hillside she, unfortunately, chose to die on. 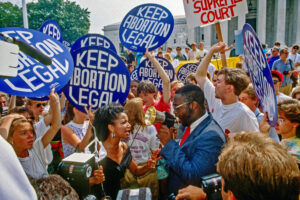