Over the last few years, U.S. relations with Chinese officials have been contentious, to say the least. Although then President Trump embraced, not literally, President Xi Jinping calling him a friend and apparently a lover of chocolate cake, that sweetness would quickly turn sour, most notably when the 2017 National Security Strategy labeled China a “strategic competitor”.

An embittered trade war would ensue with the Trump administration setting tariffs, numerous trade barriers and accusing them of economic espionage, the theft of intellectual property and being a currency manipulator. The U.S. Department of Justice doubled down when they initiated what they called the “China Initiative” in 2018, and the divide between the two nations grew deeper.

The relations would sink to Challenger Deep levels of division with the emergence of the coronavirus in the central Chinese city of Wuhan in late 2019. Trump continuous use of the name ‘China Virus’ not only angered the Chinese Communist Party and the people of China but arguably contributed to a rise in discrimination and xenophobic attacks. The recent attacks on Asian American’s have further cemented that belief.

So, when it was announced that face-to-face talks would be happening between the US and Chinese officials at a conference in Alaska, the first meeting of the two since Biden took office, hopes were high that diplomatic water could be poured on a bridge that was very much still burning intensely.

Unfortunately, those hopes were dashed almost immediately as the two representatives of each nation sat down to address the press in what would be a very unconventional press conference.

When US Secretary of State Antony Blinken took to the stage with his counterpart Chinese Communist Party foreign affairs chief Yang Jiechi, the word ‘diplomacy’ appeared to have been ejected entirely from their respective vocabularies as linguistic blows came raining down from the get-go with Blinken coming out of his corner swinging.

The Biden appointed Secretary of State, in reference to Beijing’s assertiveness over the South China Sea, and human rights violations in Tibet, Hong Kong and Xinjiang, complained that China “threaten the rules-based order that maintains global stability”, adding: “That’s why they’re not merely internal matters, and why we feel an obligation to raise these issues here today.”

Mr Yang was not about to take such statements lying on the canvas and countered with 15 minute diatribe on American hegemony and hypocrisy, openly criticizing the United States faux democracy, its treatment of minorities, and its foreign and trade policies.

He even went on to question America’s role on the international stage by suggesting that the US position as a global superpower was a false narrative and what power it does have “It abuses so-called notions of national security to obstruct normal trade exchanges, and incite some countries to attack China.

Mr Blinken appeared viably irked by this and accused the Chinese delegation of ‘grandstanding’ and only being ‘focused on public theatrics and dramatics over substance’ pointing to the fact that the Biden administration was at this meeting to re-engage with the Chinese government whilst simultaneously tempering that statement with “I’m also hearing deep concern about some of the actions your government is taking.”

The Biden administration, however, as yet, has not laid out a comprehensive plan in regards to the newly elected president’s policies towards China, but have vowed to work with them on things like climate change, the denuclearization of North Korea and, of course, the ongoing pandemic.

They do still allude to a more tougher stance towards China though, as just days before the conference, Mr Blinken announced new sanctions over Beijing’s crackdown on democracy in Hong Kong.

This action might go some way to explaining Mr Yang’s hypercritical approach to his counterpart, especially because his colleague, China’s state councilor and Foreign Minister Wang Yi, publicly stated “Certainly this is miscalculated and only reflects the vulnerability and weakness inside the United States and it will not shake China’s position or resolve on those issues.”

There is undoubtedly a long and arduous diplomatic road ahead for the new administration and one that is unlikely to be lined with silk.

10 Most Memorable Political Moments Of the 20th Century 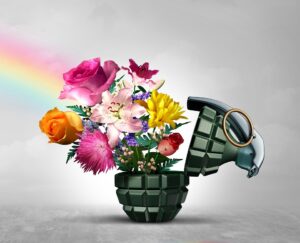 11 Countries That Have NO Military

What Really ‘Grows’ At Bohemian Grove?

10 U.S. Presidents Who Were Extremely Ill and Tried To Hide It

10 Republicans Who Were PRO Trump’s Impeachment 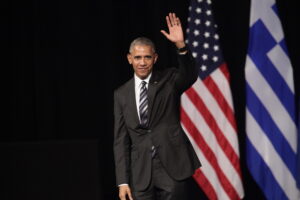 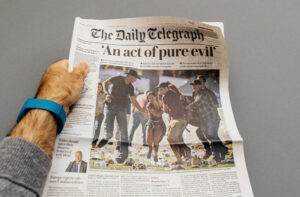 9 of the Most Horrific Mass Shootings in America 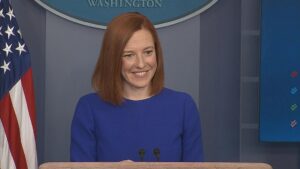 Who Is Jen Psaki Really? 9 Things You Don’t Know About Her