Let’s be honest: it takes more than political studies or a good upbringing to become the president of United States. You need character, charisma, courage and some luck too; however, with bravery often comes a small dose of craziness, which is sometimes reflected in these great men’s hobbies.

Some presidents chose to release some of the stress from their jobs through violent sports like wrestling or boxing. Others hunted animals or had eccentric rituals few of us even imagined!

Today, we’ll travel back in time to discover some of the strangest hobbies US presidents had. I bet you didn’t know about no. 3! 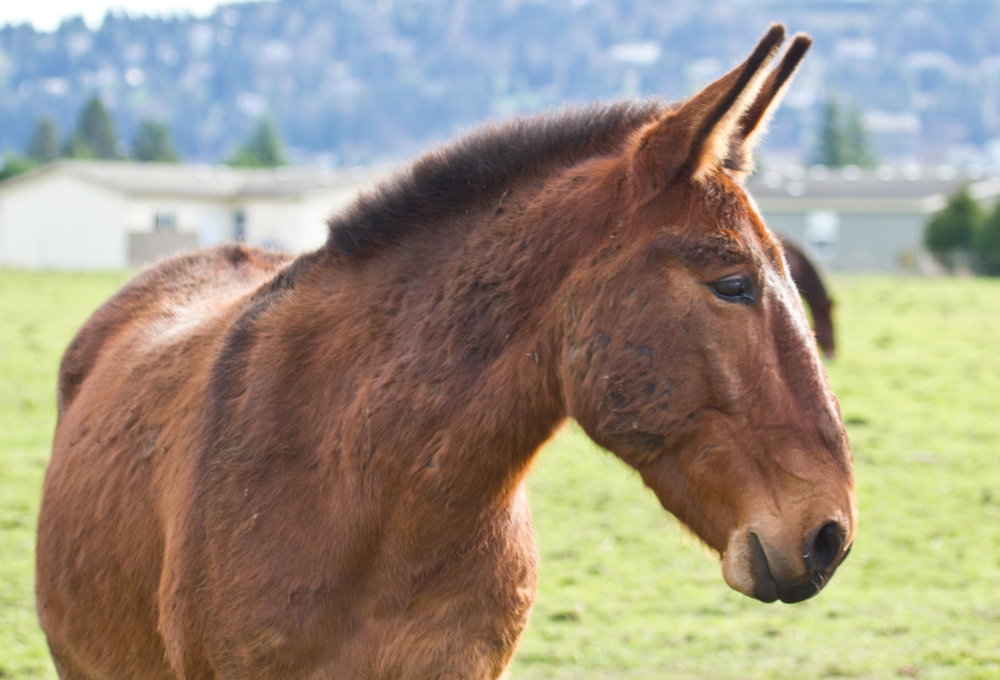 George Washington was into mule breeding

Mule breeding is the term used for the animal resulted after breeding a female horse and a male donkey. Farmers and traders have been doing this practice for decades because mules are particularly obedient and resistant, which makes them perfect for work.

What few people know, though, is that George Washington himself started this practice in our country. When the former president saw the efficiency of these animals in Spain, he was firmly convinced that Americans could benefit from mules too. It didn’t take long until this mission turned into a real hobby with local farmers bringing their donkeys and horses to Washington so that he could expand the breeding process. 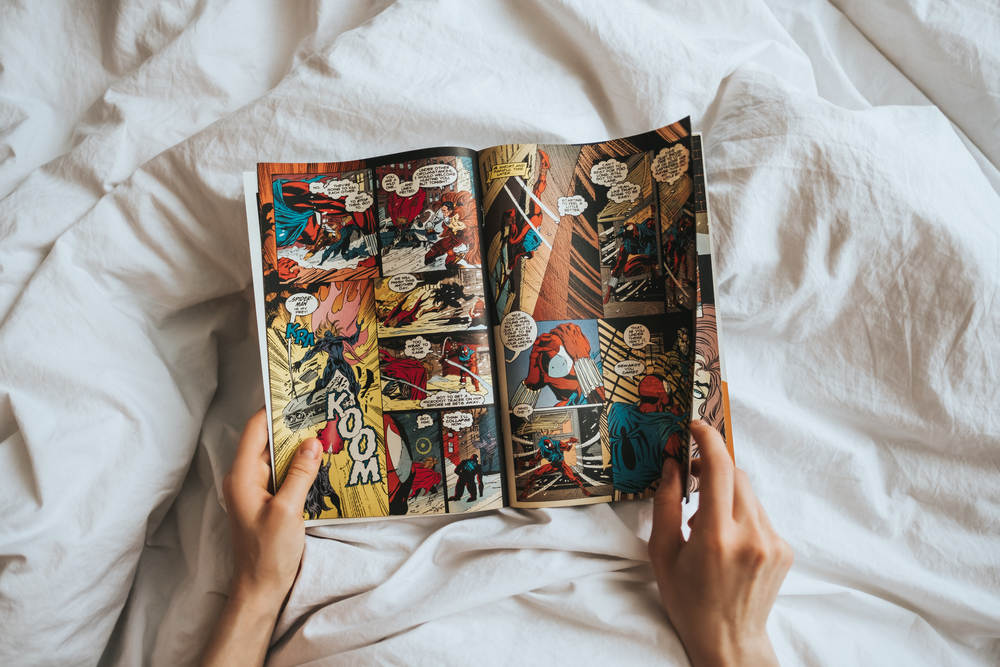 If there’s a secret pleasure Obama was investing his time in during his eight-year term, it was comic books. During an interview, the former president confessed to having been in love with Spider-Man and Conan the Barbarian while growing up.

Amazingly enough, Barack Obama even made an appearance in several comics, the most notable one being a variant cover of the Amazing Spider-Man 583. Aside from comic books, Obama is also a huge fan of Game of Thrones and Star Trek. 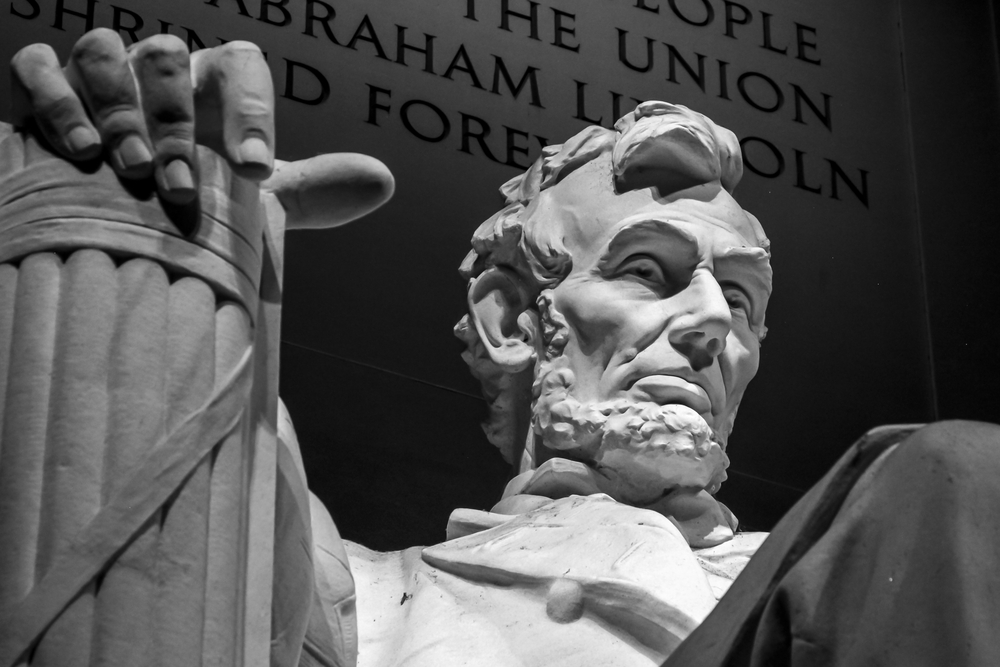 Remembering that Abraham Lincoln has led our country through the Civil War and literally fought for his life to end slavery definitely gives us an idea of the former president’s strength. However, few people are still surprised to find out that Lincoln was very much into wrestling!

To this day, Lincoln’s passion for wrestling remains a notable part of his strong, invincible character. 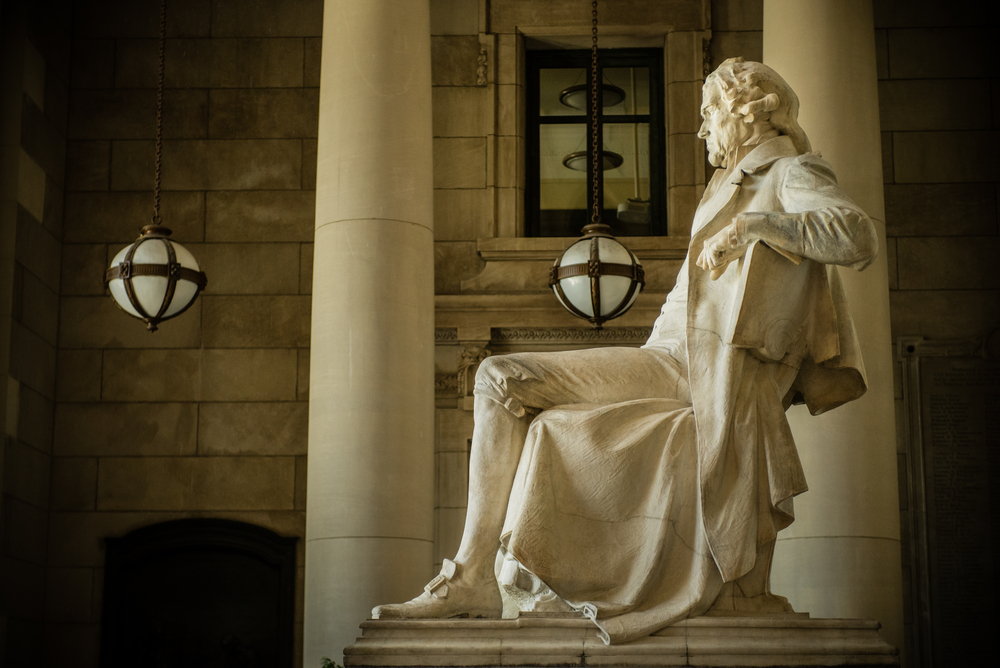 Between saving the country and leading revolutions, Thomas Jefferson was a huge invention enthusiast. For example, once he invented a new form of sundial shaped as a sphere; another time he invented a plow that could pe pulled easier, which helped advance national agriculture.

However, his most amazing work was probably the so-called ‘wheel cipher,’ an iron pin with 26 wooden disks. When the disks started spinning, American spies could use the device to decipher coded messages so they could communicate safely from afar. 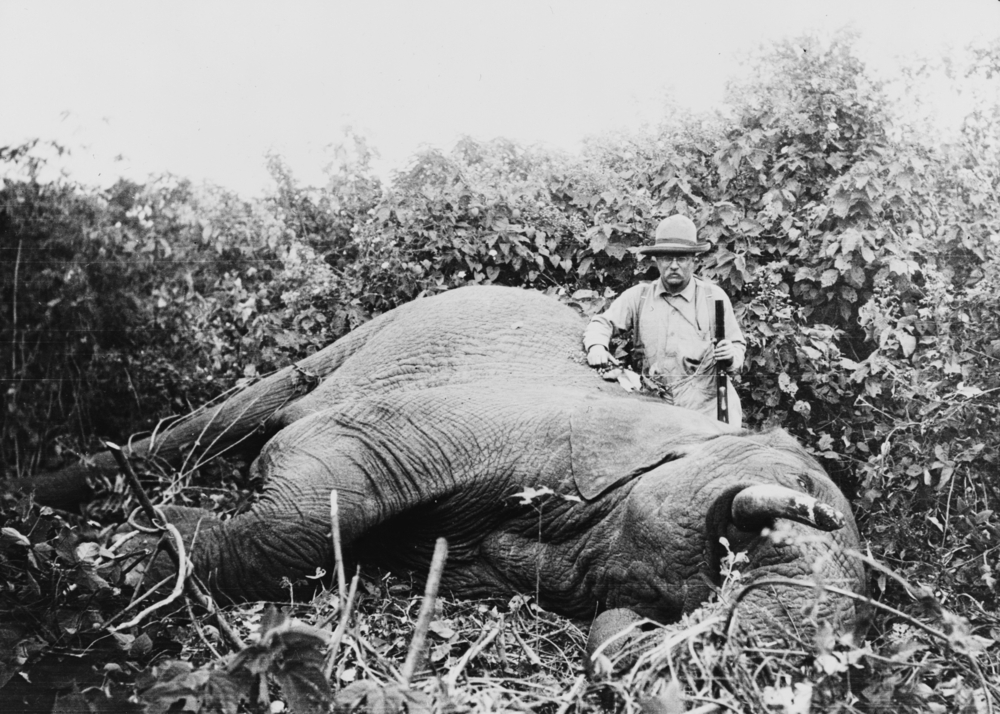 If Joe Biden was into killing animals by the hundreds nowadays, he would probably be hated by everybody in this world. However, things were different in Teddy Roosevelt’s time – and he was able to enjoy his passion of hunting animals freely.

It wasn’t just organized hunting, though. Roosevelt liked to test his strength and agility in the fiercest conditions. His most amazing experience was perhaps the 11-month safari he took in Africa shortly after his presidency term. During the trip, he reportedly hunted more than 11,000 wild creatures including large insects and elephants (which are now an endangered species).

It was definitely not the most environmental-friendly hobby, but it was one of the passions that fueled Theodore Roosevelt’s spirit throughout his political career. 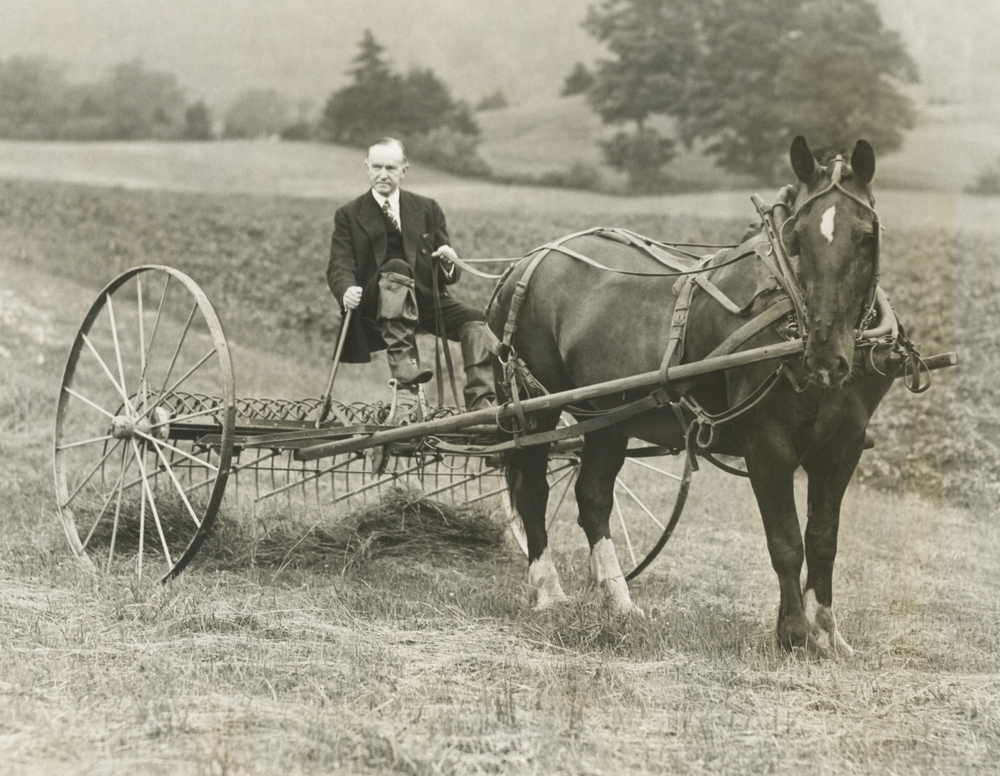 Former president Calvin Coolidge was very much into riding horses. At one point, though, he developed an allergy specifically to horses; therefore, doctors restricted his access to horse riding for good.

Shortly after the tragic news, a friend offered Coolidge a mechanical horse as a joke for his lost passion… but he didn’t see it as a joke at all. In fact, the former president installed the horse right next to his bedroom and constantly rode it while wearing his favorite hat. Strange as it may seem, his family actually encouraged the hobby because it allowed Coolidge to get some extra exercise into his routine. 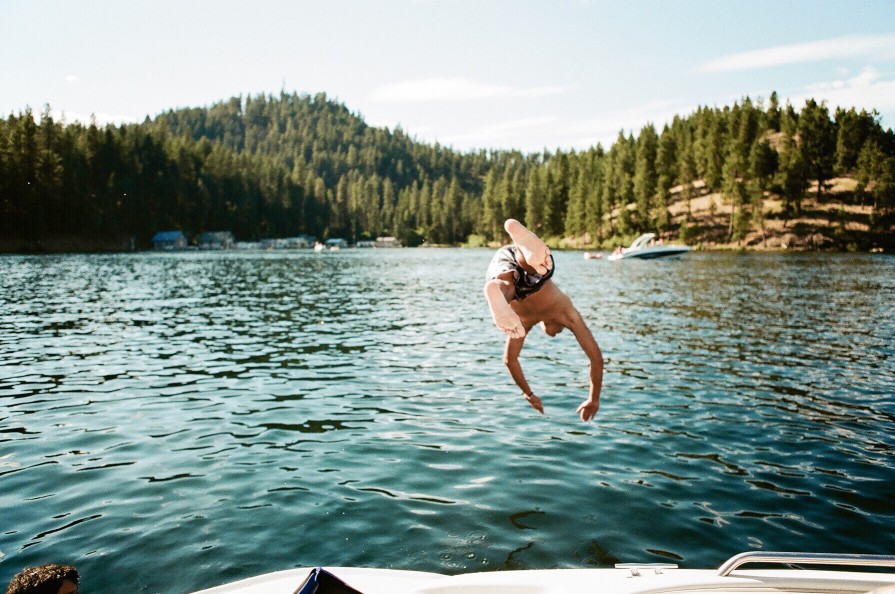 He may not be the most often remembered president of our country, but John Quincy Adams entered history in many ways. He was our nation’s sixth president, he was the son of a founding father and he memorably passed away right on the floor of the congress.

Strangely enough, Adams was also very much into swimming… naked.

Stories from back in the time say that he even made a routine out of this hobby: every morning Adams would wake up at 5 a.m. and swim nude right in the Potomac River. In fact, journalist Anne Royall even held his clothes during one of his skinny-dipping sessions so the president would agree to grant her an interview. This way, she became the first female journalist to have ever interviewed a president. 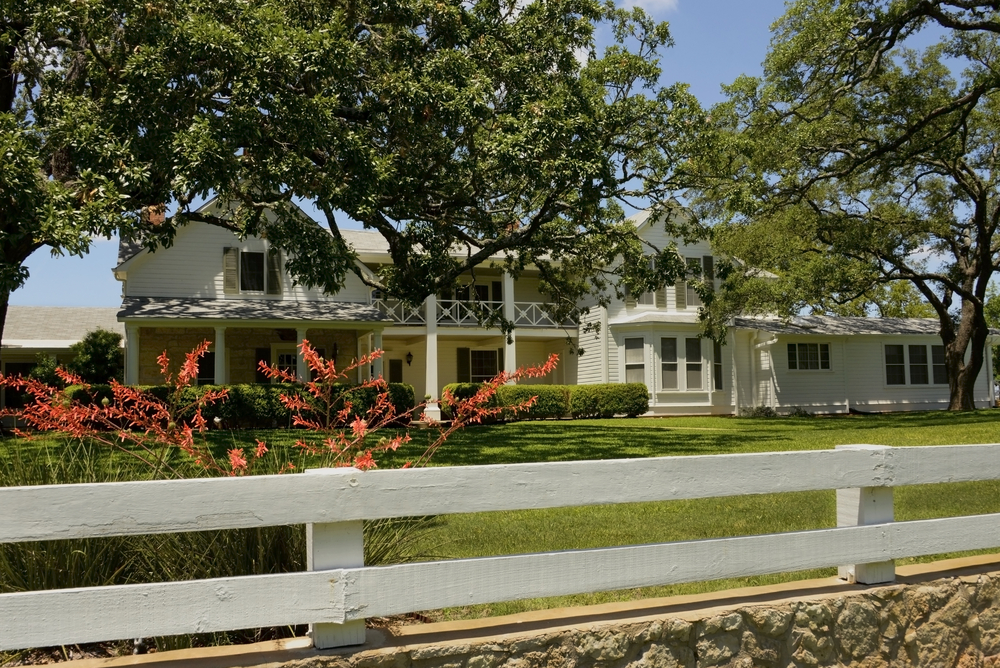 Lyndon B. Johnson was into scary pranks

There are two types of people in this world: those who have a blast making pranks for others and those who fall victim helplessly. As it turns out, former president Lyndon B. Johnson was very much into scaring his friends and guests in the most terrifying way imaginable.

Reportedly, the president had an amphibious car used to drive his close ones and guests around his ranch. However, most of the guests had no idea the vehicle was amphibious, so when Johnson was pretending to lose control of the wheel they were quite literally scared to death! However, this narrative made every visit exciting and memorable to say the least; it also helped Johnson reveal his guests’ character and learn more about them in a subtle, fun way. 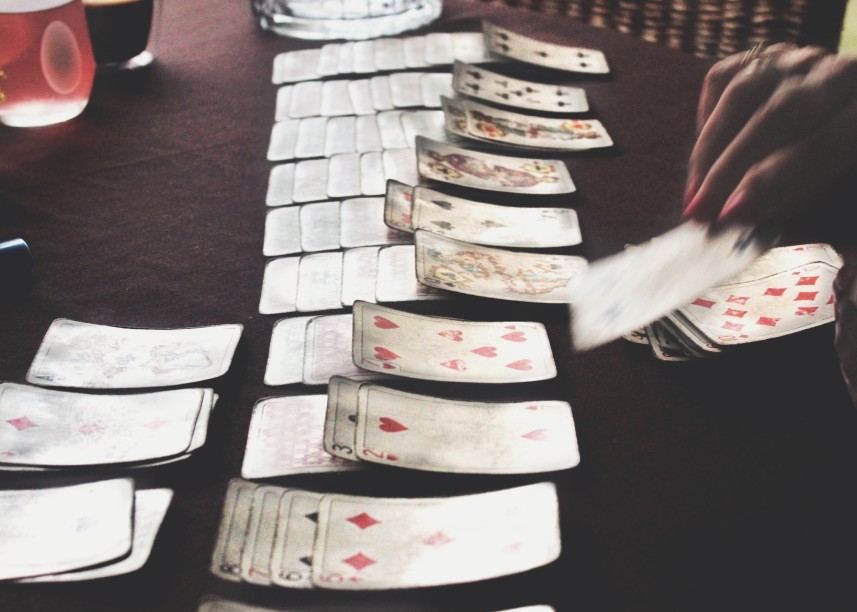 This former president was somehow known for being a bit paranoid, a flaw that can definitely mess up one’s ability to play cards. Surprisingly enough, though, Nixon made a reputation out of being the best bluffer in the Navy service during World War II.

In fact, Nixon won so much money just by playing cards that he was able to self-fund his first campaign for the US House of Representatives back in 1946. The only strange part is that several Congressmen that played cards with him claimed that Nixon wasn’t nearly as good as it was being thought at the time. 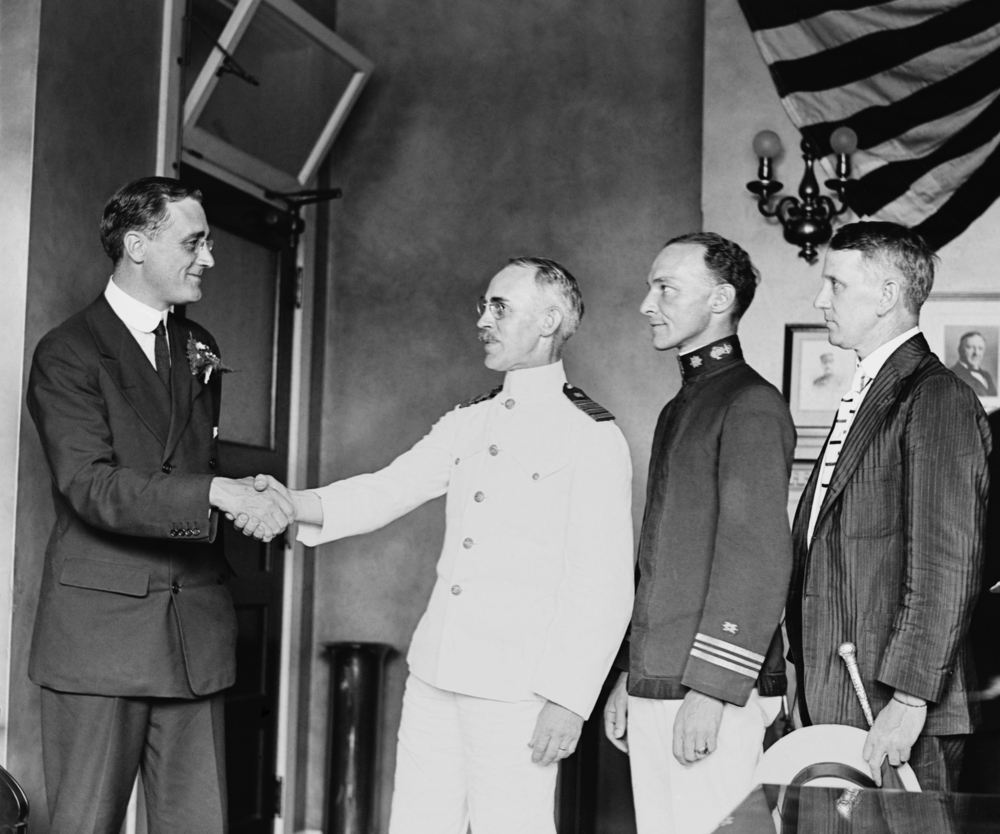 Franklin D. Roosevelt came up with a mystery novel

If there’s one thing Roosevelt really loved, it was detective/mystery stories. After reading so many books on this genre, though, he realized that there’s one thing he didn’t really enjoy: how formulaic they were written.

So what better way to solve the problem than come up with his own mystery novel? Franklin D. Roosevelt came up with an original plot and discussed his idea with magazine editor Fulton Oursler. In short, the president wanted each chapter of the novel to be written by the best authors of the time using his plot; by the end of the chapter, each author would leave the protagonist in a dangerous situation that the following author must solve.

The book is suggestively entitled The President’s Mystery Plot and it has been finished in 1967.

Knowing these presidents’ hobbies made us realize just how special they were – not just as presidents, but also as human beings. Above all else, we can learn that we’re all the same and we all share secret hobbies – some more peculiar than others, but hey, who’s counting?

But there’s so much more to know about the great men that built our country. If you’re looking for more interesting posts on our national history and its great events, check out our posts below: