The truth about taxes

The release of Trump’s tax details, made without his consent, by no other than the House Democrats, confirmed what everyone was already thinking: he didn’t pay any federal income tax, even when he was the president. For example, in 2018, he paid around $1 million in federal taxes, at a rate of 4%, like the other American taxpayers that are in the BOTTOM HALF of this country.

So we can’t help but conclude that the former president acts just like a tax avoided. When he refused to release his personal tax returns, he officially decided to break the tradition.

Then, his team rapidly tried to weaponize the whole deal: “If this injustice happens to President Donald Trump, then it can easily happen to all Americans, without a case”, as Steven Cheung, Trump’s spokesperson, claimed last week.

He’s not that popular among Republicans

Trump went out of his way to make sure that his influence was felt during the 2022 midterms. Even so, Republicans didn’t manage to secure a proper “red wave”, and some members of the party even blamed him for the GOP’s poor showing.

He has a long fight ahead of him, as he has to battle with the fact that the majority of Republicans and Republican-leaning independents want another GOP nominee, and their favorite choice is Ron DeSantis. The GOP governor managed to win reelections last year, gaining more clout than Trump.

Well, this doesn’t sound right for the man who decided to jump out in the middle of the 2024 Republican field and announce his next presidential bid, right after he started to appear politically weakened.

Many of the things that seem to have interfered with his plans will only get worse in 2023. His business, which recently got convicted of tax fraud, has to face many civil charges from the New York attorney general.

Besides, when it comes to election stealing, Trump has many things to worry about. Even if Trump projects himself into the Oval Office again, another final bipartisan effort that lawmakers agreed on recently is the update to the Electoral Count Act, which clearly states that similar attempts like Trump had in 2020, will never repeat again.

If you enjoyed reading this piece, then you might want to try: Promising Candidates: All You Need to Know About Deciding the 2024 GOP Nominee

PrevPreviousPromising Candidates: All You Need to Know About Deciding the 2024 GOP Nominee 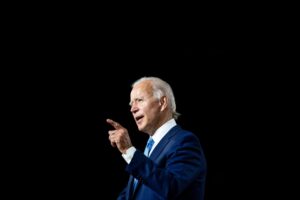