A ‘Room Full of Lawyers’ Is Working to Make the $15 Minimum Wage Happen, Sanders Says

Sen. Bernie Sanders opened up last Sunday about his team’s massive efforts to make the case that raising the minimum wage to $15 is, in fact, an eligible plan that should remain part of Biden’s $1.9 trillion relief package.

The declaration comes soon after President Biden himself sadly mentioned that he doesn’t think the wage increase ‘is going to survive,’ largely because of the Republican opposition in the Senate. It seems that Sanders somehow wanted to assure us that the Democratic team hasn’t given up on the initiative just yet and they’re still searching for alternatives to make it happen.

Taking a shot at the $15 minimum wage

One of the options Democrats are looking into right now is budget reconciliation – a procedural shortcut that could help them pass the legislation piece through Congress. You can see what budget reconciliation is and how it can impact political decisions and the COVID package in my post right here.

Since there have been so many questions and uncertainties regarding this request from the relief package, Sen. Bernie Sanders felt the need to clarify just how much his team is working on the issue.

Here’s the full statement he made for CNN’s Jake Tapper during ‘State of the Union:’

“I can tell you as chairman of the (Senate Budget Committee), we have a room full of lawyers working as hard as we can to make the case to the parliamentarian that, in fact, raising the minimum wage will have significant budget implications and, in fact, should be consistent with reconciliation rules.”

Shortly after this statement Cedric Richmond, one of Biden’s senior advisers, declared for the MSNBC that the administration is still heavily involved in the $15 minimum wage; he added that Biden’s team supports Sanders’ effort and they collaborate to get this legislation passed.

During the same interview, Sen. Sanders has also focused on how important it is for the new administration to pass a COVID-19 relief package as soon as possible, considering the critical situation our country is into right now. However, he also pointed out that it’s equally important to not overlook other initiatives such as the higher income threshold for those eligible for stimulus checks.

Kamala Harris, a key element in the game?

Vice President Kamala Harris can play a decisive role in passing the $15 minimum wage initiative. She is the President of the Senate, which means that she could push through legislation if needed – but Sanders doesn’t bet his money on it.

Here’s what he had to say about the possibility:

“Before we get to what the vice president is going to do, I’ve got to get through the parliamentarian and then I’ve got to get 50 votes in support of raising that minimum wage to $15 an hour. I am working as hard as I can to make that happen.”

Another option to get the votes required to pass the legislation would be to simply give in and decrease the proposed dollar amount of $15 until voters agree on it. However, when Tapper insisted on this idea, Sen. Sanders simply said that he doesn’t believe the sum of $15 is such a ‘radical idea’ – at least not radical enough to decrease the amount requested.

On a different note, Sanders mentioned that he agrees with lawmakers who say that individuals considered as wealthy shouldn’t receive the proposed $1,400 payments. Interestingly enough, though, he also said that certain lawmakers’ desire to set a threshold for payments in people making $50,000 or less is ‘absurd’ and he disagrees with the initiative for political reasons.

The $15 minimum wage increase is one of the many brave, revolutionary initiatives proposed by Joe Biden in his $1.9 Trillion Rescue Plan. You can see other projects and how these changes can affect you in my in-depth post right here.

PrevPreviousBiden’s Cabinet From A-Z: Confirmed Nominees, Background Careers and More
NextWhat Is Budget Reconciliation (And How Can It Change Biden’s Plans)?Next 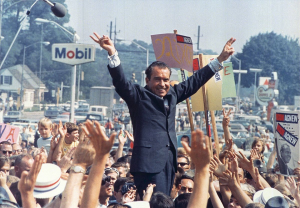 5 Politicians That Stupidly Destroyed Their Careers